Winston Churchil schreef :
'If you will not fight for the right when you can easily win without bloodshed; if you will not fight when your victory will be sure and not too costly; you may come to the moment when you will have to fight with all the odds against you and only a small chance of survival. There may even be a worse case: you may have to fight when there is no hope of victory, because it is better to perish than to live as slaves.'

To Tommy Robinson and the English Defence League (EDF )

To my EDF friends
I listened to Tommy Robinsons' speech in Luton. Indeed, from now on Luton is known to me as the place where the fight against islam started.  I'm disgusted to hear  and see every day how the real English people is being treated by the police and the gouvernements and councils, and how islam gets everything on a silver plate for free . There must be a plot against the British people as if some alien force is taking over the country en only a few people resist. Altough the resitance is getting stronger, the aliens are getting help by collaboration. In a horror-/ SF movie the heroes like Tommy Robinson beat the invaders, and I hope that this will happen in reality too, violentless even. I fear however that this will only be possible with bloodshed. Two World Wars were apparently not enough, the Third one is now on the verge. I fear for the future of my children and grandchildren. For the third time we probably will have to fight side by side this war too. As Tommy said :"Better to die standing than living on our knees". Let's hope we can convince enough people in time to make the change in policies, so that this won't be necessary.
From Flanders ,
..... where lie the fields where the poppies blow

Between the crosses, row on row
That mark our place; and in the sky
The larks, still bravely singing, fly
Scarce heard amid the guns below.

We are the dead. Short days ago
We lived, felt dawn, saw sunset glow
Loved, and were loved, and now we lie
In Flanders fields.

Take up our quarrel with the foe:
To you from failing hands we throw
The torch; be yours to hold it high.
If ye break faith with us who die
We shall not sleep, though poppies grow
In Flanders fields. 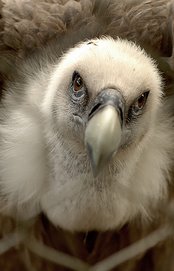